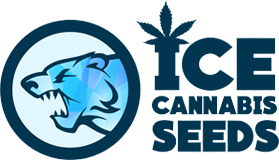 Everything you need to know about Sensi Seeds

Dutch breeder Sensi Seeds is one of the favourites of our ICE Cannabis Seed community and we thought it was about time we delved a little deeper into their bank, founded back in 1985… somehow that’s over thirty years ago!

Ben Dronkers, the founder, has helped craft some strains that have gone on to change the genetic landscape of cannabis seeds as we know them today, improving the choice we have as collectors.

Specifically, the company grew and specialised in feminised seeds which now dominate the industry, and have a range of sister companies that educate on all things weed. Based in The Netherlands, they’re a truly international brand.

In their bank they have 17 cannabis strains, mostly feminised and some regulars. In addition to their seeds, they’ve placed themselves as a voice for cannabis activism and are known as a responsible company in the community.

- They’re regarded as having the most complete collection of cannabis seeds and strains from a single source. Very impressive.

- They have more Cannabis Cup Awards than any other breeder. - Some of their most popular seeds include Silver Haze, Big Bud and of course Jack Herer, a hybrid named after the American activist known as the ‘Emperor of Hemp’.

- They offer a range of potent and medicinal strains favoured by Dr. Grinspoon of Harvard.

Well, Sensi Seeds are a good brand to get behind as they also fund the non-profit information centre The Cannabis College which has lots of information on weed, as you’d expect.

You should also check our our guide to feminised seeds here and our cheater’s guide for beginners. Email us on [email protected] if you’ve got a question about any of the seeds we stock and availability.